(Except for art and photography books, in which the order is hardback > ebook > paperback.)

Reading an audiobook of course means listening to it and debates abound whether we retain information better or worse if one reads a text or listens to it being read (examples here and here).

But, as ChatGPT says, learning styles vary and, like with many things, practice and repetition build optimal habits to get the most out of an experience.

The number of books isn’t the thing to anchor on here – listening to articles vs reading them will have a similar effect – rather the habit I’ve found most effective to both parse and retain information is reading several books on the same topic in clusters.

This has two benefits:

Several distinct topic clusters emerge in the list of books:

The main way I find subsequent books is via references in a current book. In most cases it leads to books that go deeper into a topic, like branching roots, but sometimes it takes you to whole new tree.

This was the case with Strangers to Ourselves, by Rachel Aviv, which was referred to by Tom Vanderbilt in You May Also Like. It’s not a book I would’ve otherwise found my way to but I’m very glad Tom led me to it as it’s a powerful and moving book.

Looking at this list, another thing that stands out is that there’s only one novel (Red Pill by Hari Kunzru, which is excellent).

Novels are almost never read by their authors. Red Pill is and it’s all the better for it. Voiceover actors tend to act out novels, altering their voices for different characters and I find it very distracting. Hari doesn’t do this (or at least I don’t remember him doing it).

This is one thing that makes Apple’s announcement about AI audiobooks interesting. Will these AI readers act? If so, will it be subtle? What models were used to train the voices? How do they handle non-Western/Anglo-Saxon names and words? Can an author train an AI to read their books so that it sounds like them?

I’m intrigued to try audiobooks read by AI readers and also think this is bridges a valuable gap by potentially creating audiobooks of the many books that previous didn’t have audio editions, which is a very welcome development.

Why Should You Read Narain Jashanmal's Writing?

It’s been a while since I built a written collection of my thoughts and ideas.

Now feels like a good time to have a place to do so.

Things I’ll write about include:

Here’s some past work, which will give you an example of what I think and write about:

Who is Narain Jashanmal?

Here’s a picture of me from 2019 when I still worked at Facebook as the Head of Instagram Shopping Partnerships. 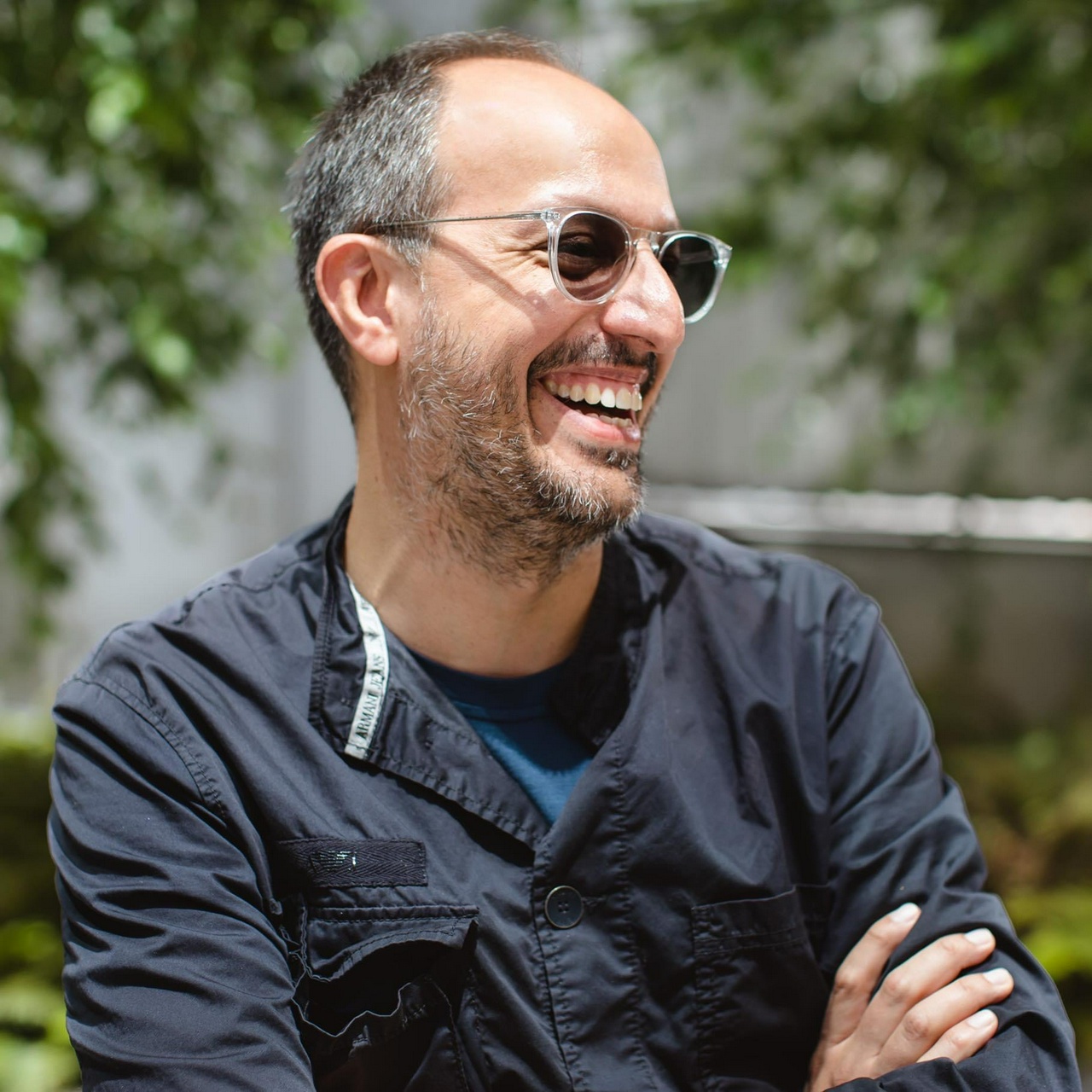 I chose this picture because I still mostly look like that, albeit with even less hair and different glasses but I still have that jacket, which is one of my favorite pieces of clothing.

It was a fun time: I had a great team, worked on something that I enjoyed and was passionate about, and while the travel was a bit exhausting, I split my time between New York, London and the Bay Area.

That tells you a bit about me in 2019. What about before then? And now?

These days I work at MUBI as the VP of Product. I split my time between Dubai, Europe, London and New York. I support teams across product management, UX design, data science, and product operations.

I left Meta – that’s how I think about it, I joined Facebook and I left Meta, they were two very different companies – in mid-2021.

In my almost nine years at Facebook, I worked on a bunch of different things. I started in ad sales working with large retail, ecommerce and mobile app advertisers on what’s called direct response advertising i.e. ads that lead to tangible, finite (online) outcomes, think an ecommerce sale or a mobile app install. During my time in ad sales, I helped launch an ad product originally called Offline Conversions which aimed to do the same for offline outcomes i.e. in-store sales, car test-drives. This formed the bridge which took me from ad sales to ad product, where I continued working on Offline Conversions (now know as Conversions API aka CAPI) and all Facebook’s other direct response ad products, including the launch of ads in Instagram Stories. I also built a data playground to help the company understand the composition of ads revenue at a product level, and a go to market for a predictive model of which ads products would accelerate revenue for the company based on their likelihood to drive the most efficient and effective performance for advertisers.

After my time on ads, I moved to Instagram shopping where I helped launch the capability for people to checkout within Instagram and then moved into a role where I supported go-to-market and growth of sellers on checkout across Instagram and Facebook. In my last role at Meta, I worked at Reality Labs where I supported teams in direct to consumer sales of Quest, Portal and Ray-Ban Stories hardware and did strategy work on the role that VR plays in the shopping journey.

Here’s a talk I gave about Instagram shopping just after we launched checkout. 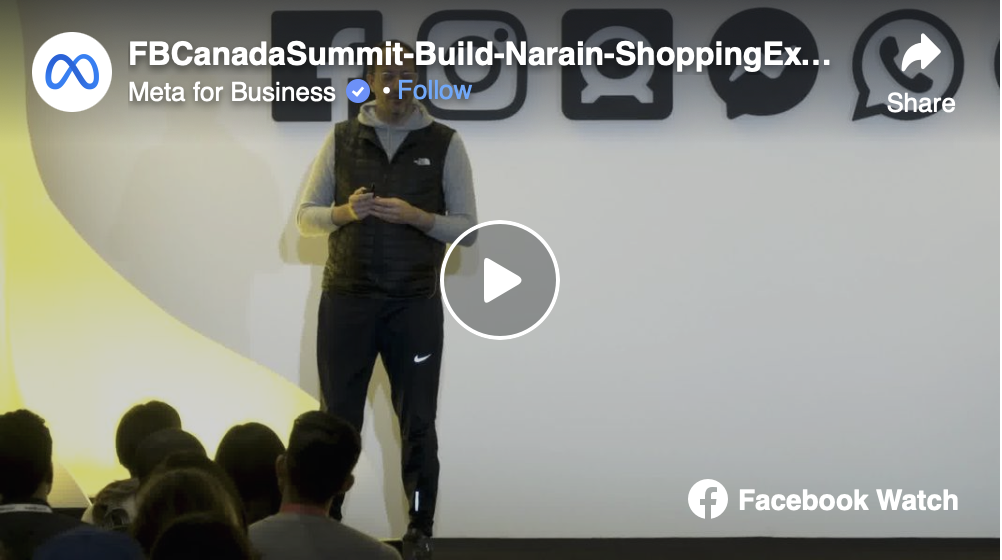 Prior to Meta, I spent 10 years at my family business, the Jashanmal Group, which was founded by my great-grandfather in 1919 with a single shop in Basra, Iraq. My longest role there was as a General Manager running several different businesses, including print media distribution, travel retail and a chain of bookstores.

Here’s a talk from that time, in which I discuss the role that shopping, as a form of self-actualization, plays in people’s lives:

I studied screenwriting at NYU Tisch, from where I graduated in 2001, and started my career as a filmmaker. I got lucky and by March 2002 was on set in Goa, India directing my first (and to date, only) feature film, Refuge, which played at several film festivals in 2003 but was never distributed commercially.

I was born in Kuwait to an Indian father (who was also born in Kuwait) and a half-German, half-Dutch mother; which makes me a third culture kid. They met at university in Hamburg, Germany, where my father studied Economics and my mother literature.

These are some facts about me, they tell you something about who I am and where I came from and maybe a bit about how I think about things.